Check out our 99 Self-Care Techniques for Christians for yourself or to lead a small group at your church today!
You are here: Home / Pastors / Acts of God – Small Group Curriculum [Review]

I have been disheartened to see many small group curricula give pat “Sunday School answers” as to why bad things happen to good people. Trauma, like life in general, doesn’t always have cookie-cutter explanations, even for Christians. When the rubber meets the road, and the worst imaginable happens, simply reading Scripture verses doesn’t always immediately heal the broken hearted, even for the most disciplined Believer.

That is why I was pleased to find and lead a study that, from the start, admits it offers no trite answers to questions about pain and suffering. Instead, it provides Christ-centered comfort and encouragement to those emotionally broken, reminding them, by faith, that “for those who love God all things work together for good, for those who are called according to His purpose;” (Romans 8:28 ESV) ultimately, to trust in Jesus’ faithfulness even when it doesn’t make sense, and stay true to Him amid our confusion. Ultimately, He knows what He’s doing, and in His time will turn ashes into beauty.

Acts of God is a small group study produced by City on a Hill Studios, a ministry of Southeast Christian Church in Louisville, Kentucky. Their initial premise was to develop full-length movies and small group curricula surrounding these videos. They currently have several completed projects, including having developed a study around the major motion picture I Can Only Imagine.

Acts of God is a movie that can stand on its own as it’s a two-hour production. However, its small group video portions show extended vignettes along with the discussed topic. The Rev. Bob Russell, the founding and retired pastor from Southeast Christian Church, intersperses his teaching and narrative to help tie points together, further making sense of all transpiring, and parallels the story of Joseph in the Old Testament.

Much can be said positively about Acts of God, including the acting, script, and production quality. The storyline is fascinating, where friends, families, and acquaintances going through their deep struggles ultimately intertwine when an 8-year-old girl is struck and killed by a drunk driver. The main character is the child’s mother, who also had tragically lost her husband a short time earlier. Although a Christian, it follows her through her deep despair, anger at God, and desire for vengeance toward the person who ends her daughter’s life. Its subplots follow other stories, including:

To a degree, the plotline seems almost farfetched, not so much in the substories themselves but how everyone knows each other (except for the drunk driver), and become even more deeply connected at the young girl’s death. And although admittedly depressing, the story’s ending adds a beautiful silver lining to a very dark cloud, showing how God used such a tragedy to turn around the lives of those most affected.

While the curriculum has six sessions provided, I skipped over one of them entirely as its subject dealt much with sexual temptation. Although nothing was wrong with its content, it required men and women to separate into private discussions with a male and female, respectively, to facilitate each group. As I was the only group facilitator and, therefore, no female to oversee the ladies’ conversation, there was no feasible way I felt we could adequately do this. It would have been helpful from the onset of this particular session to offer alternative suggestions on how the leader could present the topic or otherwise know that the session may need to be skipped entirely.

Also, I had trouble connecting the story of Joseph with the movie plot. The Bible documents all Joseph had to endure before finally coming out victorious, but it hardly touches his anguish. Joseph probably shed many tears in his humanity, became angry, and even questioned God—things rightly demonstrated by the movie’s characters—but that is hardly addressed in Scripture. You can admirably see Joseph’s faithfulness to God during his time of waiting, but no clear points of his suffering in the process. To me, at least, another Bible story or character should have instead been used as an example: Job, who cried out in despair but did not sin, or the Psalmists, who presented their laments throughout Scripture.

Ultimately, I enjoyed leading this study and would like to see more like it. At the same time, however, at least on the surface level, comparing Joseph’s story of suffering as documented in Scripture to those in the movie is like apples and oranges. Again, this is not to say that Joseph didn’t intensely suffer and question, but as they are not recorded otherwise leaves much to question. We give this curriculum a 4 out of 5 stars.

What other small group curriculum have you used that has worked well for your church? 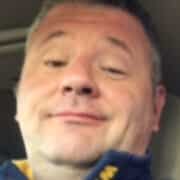 Adam is a Licensed Independent Social Worker (LISW) in Ohio and has spent much of his career in the mental health field. He is also a Crisis Intervention Certified Specialist (CIC-Sp.) and feels called by God to help those most broken. As Adam has also struggled with mental illness himself, he considers it his ministry to "comfort those in any trouble with the comfort we receive from God." (2 Cor. 1:4 NIV)