Check out our 99 Self-Care Techniques for Christians for yourself or to lead a small group at your church today!
You are here: Home / All Christians / It’s Not Supposed to Be This Way [Book Review] 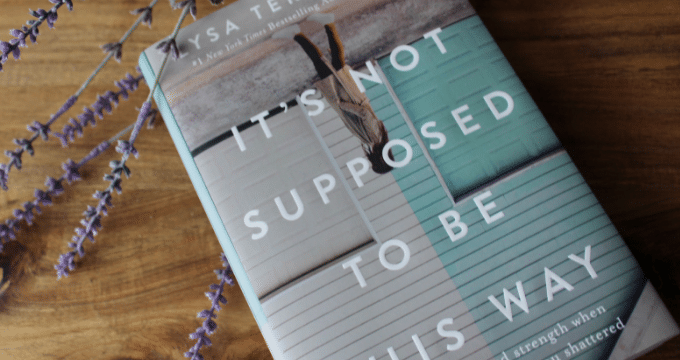 The book It’s Not Supposed to Be This Way is written by Lysa TerKeurst as well as president of Proverbs 31 Ministries, a ministry I love and believe you should check out if you haven’t before. This book looks at her life in the midst of heartache and looking to where God is in her life. For Lysa, she sees how her life has shattered, but in so doing, she may not have to suffer but be transformed.

The book has some amazing analogies in it. The first that sticks out is the discussion of what it looks like to make a clay pot stronger. The illustration goes, we take dust and turn it to clay to make something great like a vase. But to make it stronger, you take an already created pot that’s broken, crust it to dust, and put it back into that clay which will make the next pot stronger because of the dust from the first one. This remaking can be associated to ourselves as well, that we can grow stronger from tough things.

My version of this analogy comes in the form of muscles and bones. You break a bone, when it heals, it heals stronger than it was before. To make your muscles bigger, you need to strengthen them more by tearing the muscles and letting them heal, growing bigger than before.

Secondly, she does address some theological issues culture has actually distorted, including topics that the Bible says “He won’t give you anything more than you can handle” which is counter to God in that He wants us to rely on Him. She also addresses that we are made in God’s image, including our emotions which are not bad but God-given and necessary.

While there are some theological concepts that are good, there are actually some concerns that taking Scripture out of context to prove her point is not appropriate and hurts her overall argument because the greater context actually does not support her expectations. I’d rather her not take a single verse, but look at the partial or whole passage instead of cherry-picking.

This book also hits the problem a lot of books that talk about mental health and faith, it becomes much more autobiographical than practical. There are some good ideas, but it feels more like a self-help book meets personal devotional than anything a Christian counselor would use or I would recommend to a pastor or Christian when talking about any mental illness.

I wish it was less about anxiety or felt less like a self-help book. Overall, I’d give the book a 3 out of 5.