Check out our 99 Self-Care Techniques for Christians for yourself or to lead a small group at your church today!
You are here: Home / Pastors / LifeWay Research Says Churches Welcome Persons With Disabilities

A research report came out in March that at the time we were talking with several other ministries about the validity of the test, and then the chaos of the coronavirus pandemic happened where we wanted to help pastors reduce stress and thrive in this new social distancing world, so reviewing it was put on hold until now.

The research is by LifeWay Researched, titled “Churches Believe They Are Welcoming to Those With Disabilities” that surveyed over a thousand pastors across the United States and found that 99% of pastors agree and 97% of churchgoers feel they are welcoming at our church.

[Note: We plan to join in the research on churches to explore mental health and faith, how churches approach hidden disabilities, how churches are partnering with counseling agencies, and more. If you would like to help with our future research projects as well as upcoming news and sneak peaks at what we are doing, join us on our newsletter.]

The article paints a very rosey picture of the service the Church is doing. The problem is that this does not reflect what disability ministries are seeing at this time. Some churches are doing amazing, but many have blindspots where they do not realize the barriers they have put up. It should also be assumed that a single church cannot be all things to all people, so a very intentional plan like Sumner from the article experienced.

Stephen Grcevich also reviewed this research study and noted one glaring hole in how the research was conducted:

When LifeWay conducted a similar study on the church and mental health five years ago, one of the most striking findings was the enormous disconnect between the supports pastors believed their churches were providing to adults with major mental illness and what families reported was available. I can’t comprehend why the crew at LifeWay didn’t use a similar design with this study and interview hundreds of family members of children and adults with disabilities. I strongly suspect the disconnect would be FAR greater than in the mental health study.

It almost feels like the research was more about self-congratulations than the need to find areas to fix within churches.

Further, we subscribe to a philosophy of ministry for mental health, substance use, and other disabilities that does not single out people. From the book Mental Health and the Church, it is suggested you create a ministry that empowers and equips the whole church while bringing in those who have mental health issues as well. This type of ministry is called inclusion ministry that does not alienate others. It would appear from Scott’s quote about his research that this is not the intent of this research as he is worried about inconveniencing people who do not have disabilities.

“It may inconvenience the current flock by moving a teaching location or changing activities, but pastors and churchgoers say they see the need to do so. They believe creating access for everyone to hear the gospel and participate in the body of Christ matters.”

Buried at the end of the article is this quote: “While some churches may believe it is a matter of attitude or politeness, that isn’t what matters most to those with disabilities and their families.” I don’t know if they pulled this from some place or just interpreted it from their conversation with Sumner, but it is correct and probably should have a more prominent role in this research being created.

How Your Church Can Actually Help

By no means do I think churches are being malicious or evil, I think their hearts are in the right places. As with most things in mental health, it requires that we educate people. This might mean doing a survey of those who have disabilities to see what the church isn’t doing. Maybe it means getting a free consultation from Dr. Grcevich on what else could be done.

It starts with humility, finding out what you do not know instead of assuming you have a fix for it.

I’ve often thought how overstimulating a church service can be, and over stimulation is not something, typically, that is difficult for me. I can only imagine how overwhelming that would be for individuals who do. While the Church should be welcoming to all, there appear to be barriers present that the Church is not completely aware of in order to break them down.

We have a whole list of books you should consider checking out as well as a bunch of resources for people who want to better understand what’s available for those who have mental health disorders, substance misuse, and disabilities. Have open forums with your community, talk to those who have family members with disabilities, and attend conferences that look to develop inclusive ministries. 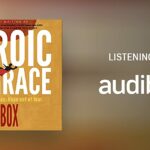