Check out our 99 Self-Care Techniques for Christians for yourself or to lead a small group at your church today!
You are here: Home / All Christians / Love The Vulnerable Around You

Jeremy asked me to share my perspective of the Covid-19 pandemic as an immunocompromised individual. I have a disability due to a neurodegenerative disease called Multiple Sclerosis. And while I did want to share my perspective, I wasn’t ready. In fact, I wasn’t ready until someone called me recently on the phone. A friend who is both older as well as being medically fragile.

Their voice whispered to me over the phone, “I haven’t been to church in forever. I always used to go to church. But I don’t go anymore.”

As I listened, they continued their hushed confession. I could hear their voice tremble softly, “I don’t feel loved anymore. The people at the church I attended don’t wear masks, they don’t social distance, they’re not vaccinating— they are living like there is no pandemic. They say they love me, but they can’t get a shot or put on a mask. That is not love.”

Like many people with invisible illnesses or disabilities, I have to be more cautious about not getting sick. I’d like to rewind back to before the pandemic began. I remember getting onto a train while wearing a paper mask.

A woman got on the train, read her ticket, and saw that she was seated across from me. Without acknowledging me, she turned to the person I was with and asked, “What does she have? What’s wrong with her?”
“She can’t get sick.”
“I’m not sick,” came the reply.
I remember wondering why people always assumed that I was going to get them sick. They never jumped to the conclusion that they would get me sick.

They cared most about themselves.

I believed that these people were in the minority and I still had an unshakable hope in humanity as a whole. I would make excuses for people. I thought that most people cared about other people.

So as COVID began to spread into a global pandemic, I was speechless. Videos went viral of people in masks being spat on grocery stores. There were protests in the streets against mask mandates. There were people spreading misinformation about masks and vaccines on the internet.

But I still had an unshakable hope in most of humanity. I still made excuses for people in my head and was optimistic that it couldn’t be the majority of people. I was sure it was just a very loud minority.

And then I began to see the people I know and the way they were living out the pandemic. They were sharing misinformation. They were refusing to wear masks. They were against the vaccine. They were what began to shake my hope in humanity.

The phone call I received, reminded me that I am not the only one experiencing the pandemic this way. There are so many of us.

We’re vaccinated, masked, and watching the world from a distance. And I can’t forget the words that my friend kept repeating to me over the phone, “It hurts. This really, really hurts. I wanna forgive them. It just hurts so much. I don’t think I can ever feel loved there again. I’m not safe there.”

And the only words I could say were, “I know, I know.”

I would like to leave anyone reading this with these words:

To know how well you care and love the vulnerable people around you, it is essential that you ask them. 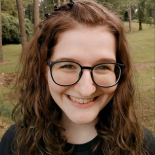